← back to
Nadine Records
Get fresh music recommendations delivered to your inbox every Friday.
We've updated our Terms of Use. You can review the changes here. 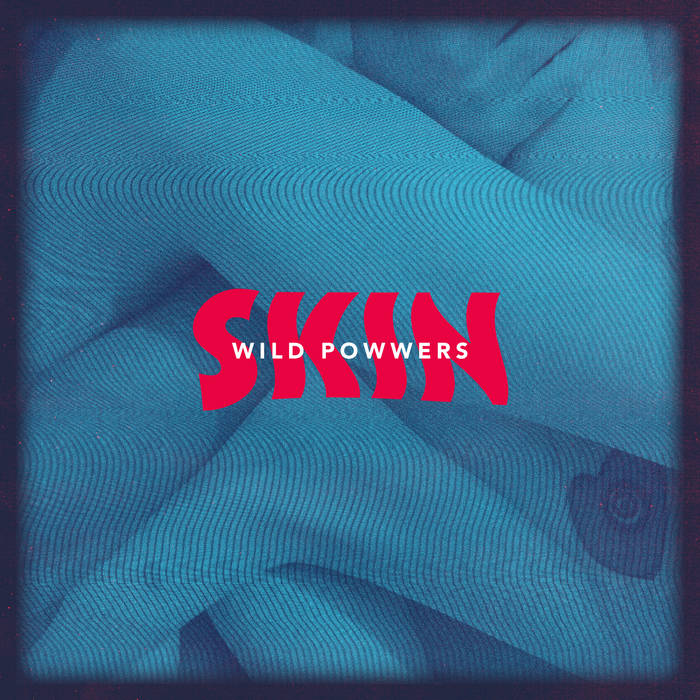 "Wild Powwers carry a debt to the ghosts of grunge music, but that doesn't mean their music comes from a place of misremembered nostalgia like many of their 90s-referencing peers. From the vocals and guitars (provided by frontwoman Lara Hilgemann) to the thunderous rhythm section (Jordan Gomes on bass, Lupe Flores on drums), every element of the group's music captures the spirit and essence of the style they're influenced by. Hilgemann's voice is a versatile instrument, capable of a variety of tones and emotions, perfectly augments whatever musical accompaniment it leads. On the title track of forthcoming album SKIN (out Oct. 12 on Nadine Records), Hilgemann unfurls her voice like a ripcord along to the propulsive, careening alongside her squealing guitar and the 200-ton, runaway truck push Flores' drums and Gomes' bass provides."
-Martin Douglas // KEXP

Over nine tracks, SKIN ebbs and flows in a variety of sonic directions. The album-opening “Buff Stuff” slithers slyly along with its lead riff before building walls of sound. “Twins” has four distinct sections crammed together with vocal shredding reminiscent of the artier end of screamo music. “Skin” is pedal-to-the-floor punk attitude, while “May I Have This Dance?” is closer to a yearning rock waltz. “Vamping” starts with jaunty chords before cranking up the distortion, “Night Sweats” rattles with a sinister foreboding, while the album-ending “Sad Sap” sorrowfully floats away in an unnerving haze. With its new album, the trio proves that it's the only Seattle grunge band that matters." - Seth Sommerfeld // SEATTLE WEEKLY

"Blend up grunge, punk and psych and then give that shit a shot of adrenaline and voila, you get Wild Powwers."- Woody // HEAR YA

"Seattle’s 'grunge babies' hit peak form on their upcoming third full-length album SKIN, recorded and mixed by Billy Anderson (Melvins, Neurosis, Jawbreaker) and mastered by Ed Brooks, (Pearl Jam, Heart, REM). Fresh off of a couple of tours (with The Fall of Troy/Kylesa, and then Constant Lovers/Prism Tats), Wild Powwers gained cred as the upstart that “made you feel like you might want to smash some bottles down by the train tracks with your juvenile delinquent friends while skipping 5th period” (Stackked Magazine). They’ve since become regular show headliners and SKIN is the flag that lets them stake their rightful claim to the throne.

Piercing through Wild Powwers' psychedelic wall of sound is frontwoman Lara Hilgemann’s scream; it’d fit over any classic post-hardcore outfit, but it belts out arena-ready choruses here. These massive hooks feature largely on the album’s front end, sucking you into the downward-spiraling latter half, a dark pit you won’t want to crawl out of. There, the aptly-titled “Night Sweats” moves through stark post-punk to primal death rattle shrieks and into the finale “Sad Sap”- the bleakest of ballads that recognizes sometimes you just have to lie in the bed you’ve made. SKIN runs the gamut through epic psych-sludge breakdowns (“Buff Stuff”), straight-ahead rock (“Skin”), and even a nod to ‘50s pop slow dances (“May I Have This Dance”). The impeccable vocal harmonies between Hilgemann and drummer/reincarnated-John Bonham Lupe Flores are glued together with Jordan Gomes’ rock solid, melodic bass work.

You see some shit if you gig nonstop and release three full-length records in four years. It’ll roughen you around the edges. But if you “specialize in the sort of carefree grunge riff-rock that gets better the dirtier it gets” (KEXP), that’s like aging a fine whiskey. They may “have (their) regrets/But (they’re) not dead,” and SKIN’s immaculate rawness is a testament to that." -CAPITOL HILL BLOCK PARTY

All songs written by WILD POWWERS

Bandcamp Daily  your guide to the world of Bandcamp

Frayle's Gwyn Strang and Sean Bilovecky join the show to talk about their cathartic new album.